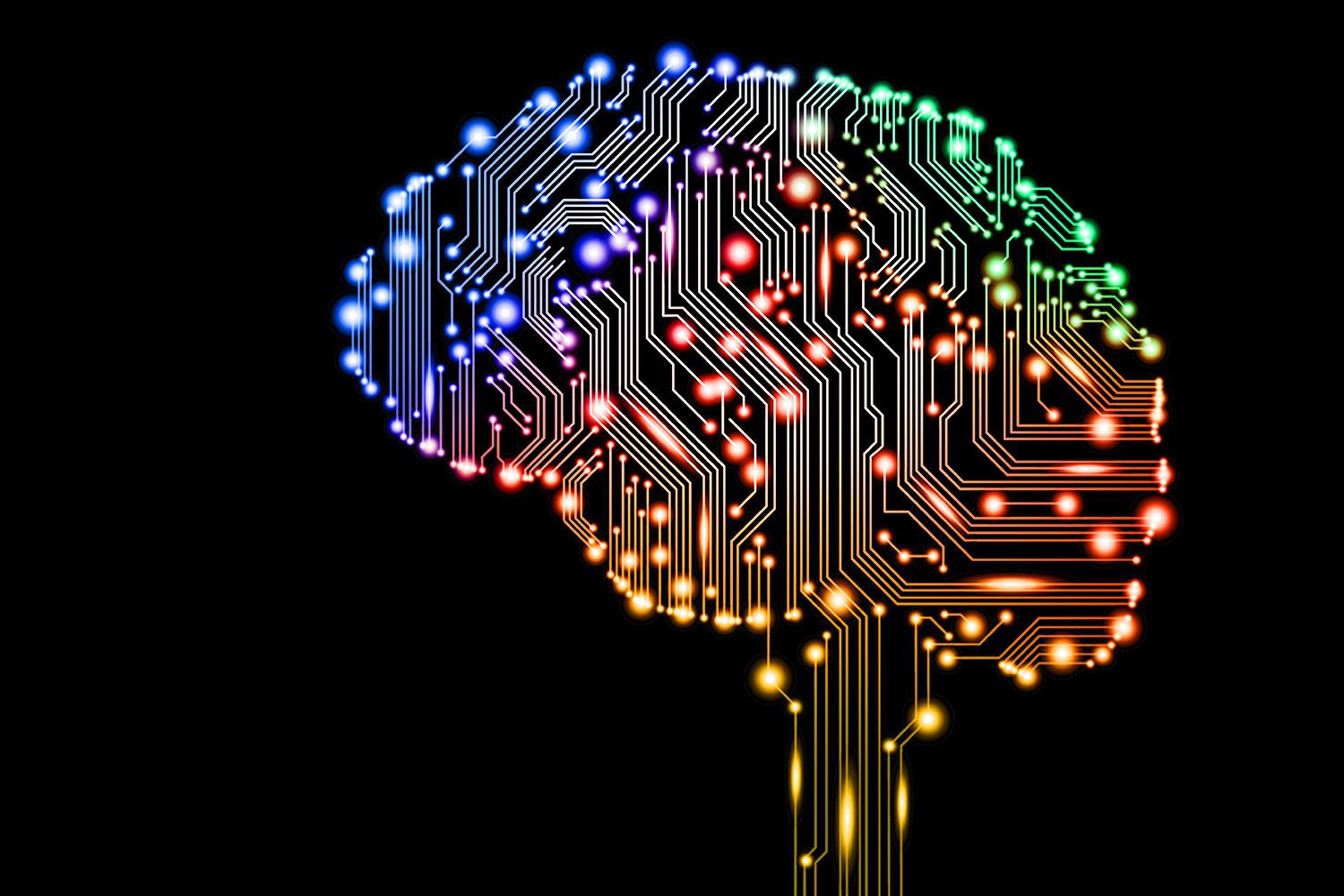 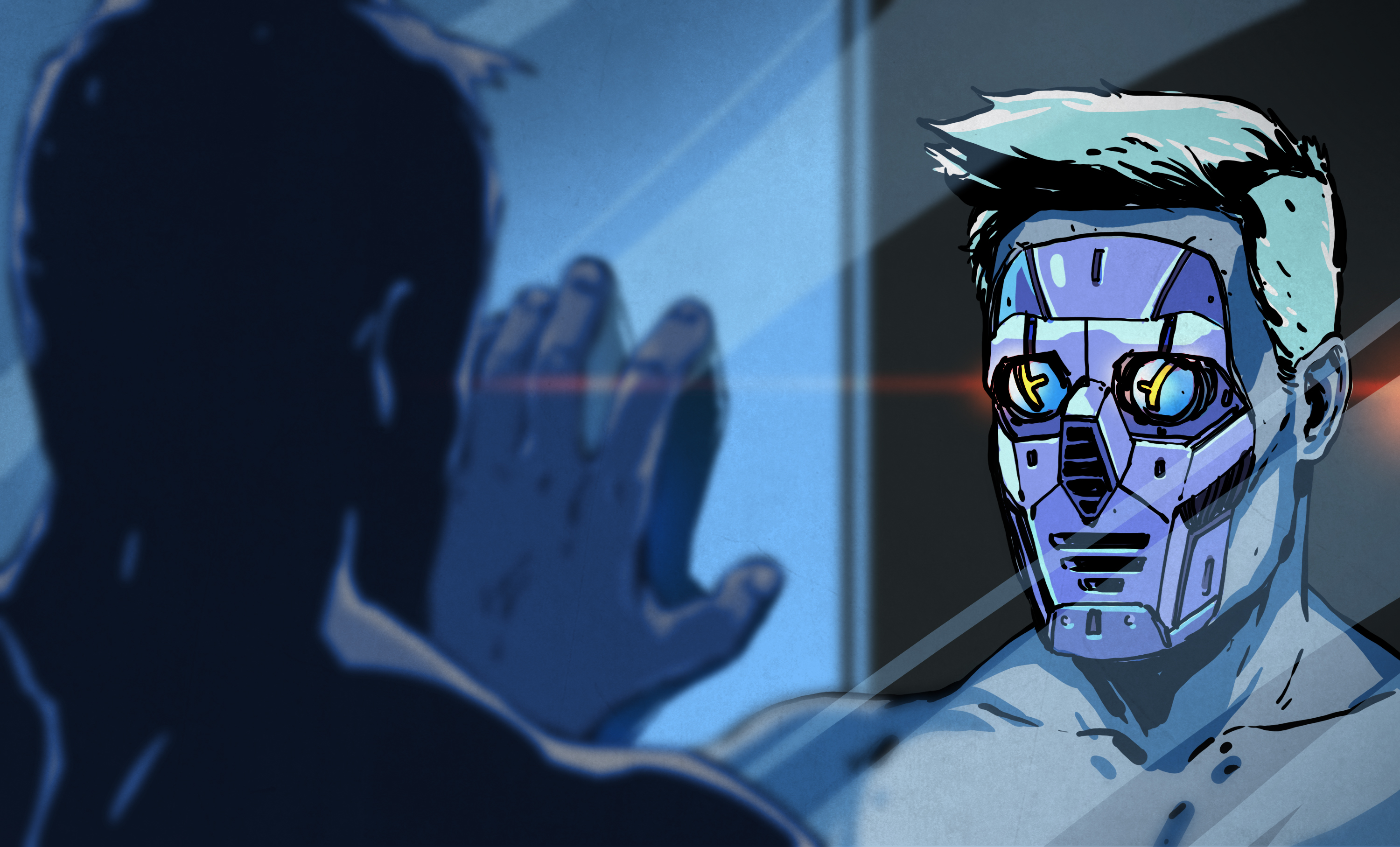 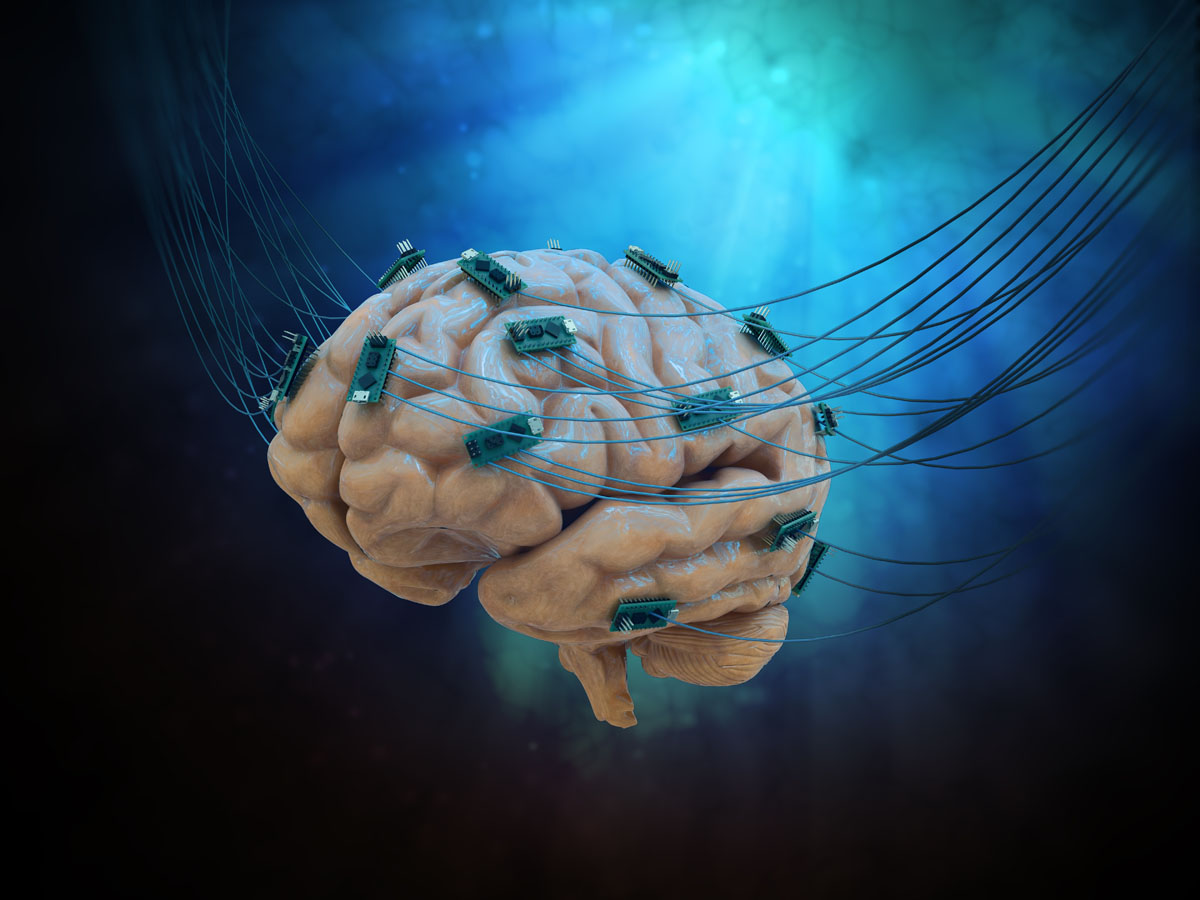 Grinin A.L. and Grinin L.E. in their article “Cybernetic revolution and the historical process (future technologies in the light of the theory of production revolutions) write:“ The human brain is very closely connected with the body and sensory organs, most of its functions are based on controlling the body, which does not imply its full work outside the biological basis ”.

But what will happen if Humanity comes to the conclusion that the Human Brain will be in a certain capsule, in a certain substance connected to the virtual and physical system of its life support. His senses will be all kinds of sensors and devices that allow him to see, hear, smell, feel, taste, and the human brain will function physically and in virtual space, will be able to change anything and move around. This is a machine containing the Brain of a Man, not a Man containing mechanical or electronic components. In fact, this is not even a Cyborg, for there are already many Cyborgs and they are not a problem for humanity. Today people have prostheses of limbs, teeth, and even an artificial heart, without ceasing to be Humans. The option when there is a possibility of biological modifications, changes in the Human being or the presence of biological spare parts of all human organs, except the brain, is not considered, since in this case the biological essence remains prevailing: organ transplantation, implants, for example, do not change its biological essence. So, Steven William Hawking, an English theoretical physicist, a popularizer of science, is limited in his physical abilities due to illness, however, this does not prevent him from studying our world and benefiting humanity with the possibilities of his thinking. His brain is imprisoned in his own body, but around him healthy people take care of him. Like Niki Vučić – a famous motivator, a person with disabilities is surrounded by the care of people close to him. They created families, have children, earn a living. Around them there are all spheres that determine the quality of their life, and most importantly – in these areas there is love.

So, the Human Brain inside the machine, is it no longer a human? Cars also “care” about cars, is that really love? The machine imitates the appearance of a person, copies his behavior or is a walking eight-legged manipulator, it does not matter. The brain receives all signals and can react, analyze, think, act. Perhaps the question of the reproduction of the new Brain, its training and development, perhaps even the question of longevity, has already been resolved. What do these Brains in capsules do? Perhaps the study of this world, its capabilities, the creation of physical objects or virtual worlds to realize their intentions. Perhaps the Brain presents itself as anyone and anything, and somehow interacts with other Brains to solve issues of vital activity or to enjoy communication. So, the Human Brain creates itself in the virtual space as it wants, and in the physical space it is engaged in the activity of creating its own world and studying the surrounding space. One fine day, the Brain through its cameras or “mirror” looks at itself from the side, at its objective state, and not the virtual desired image, and sees that the Brain is in the shell or only sees the shell in which it is imprisoned or placed? The brain thinks, “Am I a Man?”, And then soars over my deeds, over the planet Earth, which is no longer there. Perhaps the Brain, as an individuality, is not there, but one distributed on the network artificial intelligence, thinker, researcher or an object infinitely arriving in pleasure. Where is his virtual life and where is objective reality, and where is our life, and what about the Soul?

How long we looked in the mirror, not in order to correct makeup or shave, but to look at our own physical and spiritual reality. Is all this nonsense? No, of course, if the Human Brain calculated, planned, set goals, acted with his own manipulators or controlled machines, looked at what happened, and did everything better. The question is, why and what to do and for whom? The Human Brain has two options for changing itself and the world around it: either creative or destructive, and the Brain to the Brain, but if the Brain is insane or sick, then what? Throw out and grow a new Brain in a capsule? Homo sapiens confidently proclaims the principles of the fourth scientific – cybernetic production revolution, leading to the cyborgization of man. As long as we think – we live, while there is a lively and efficient creative brain – are we humans?

The great Russian scientist ethnographer Lev Nikolayevich Gumilyov, examined the history of Mankind not through the principles of production, but through the life cycle of the ethnogenesis of the peoples of the world, of course, connected with world resources, technological structures and Kondratyev’s cycles.

The composite system of the Kondratyev’s waves and their corresponding technological structures is as follows:

Ethnicity is formed, developed and disappears, because people begin to dominate, sluggish and selfish, guided by consumer psychology. Now, for example, the heyday of such a period in the entire civilized world, where the substitution of reality by the media and politics. European countries are already covered by an immigration wave of displacement, a new outcome of peoples. There will be no assimilation of peoples, for a new ethnic form of “chimera” arises – the product of the contact of incompatible ethnic groups with a negative complementarity, doomed to disappear.

Here is what else Gumilyov L.N. writes in his work “From Rus to Russia”:

“A new cycle of development can be caused only by another passionary impulse, in which a new passionary population arises. But it does not at all reconstruct the old ethnos, but creates a new one, giving rise to the next round of ethnogenesis-process, thanks to which Mankind does not disappear from the face of the Earth. ”

In the present, such passionaries can become people who show signs of a quality human being, those who will not allow a reasonable person to turn into a machine and into a certain biological organism. A new passionate push that saves Humanity behind them. Virtual life becomes an objective reality, the boundaries of the living and non-living are erased. Question: “why and why?”. We people should ask ourselves questions: “Is this evolution or is it possible to do something for ourselves?”

Man, create the living, distinguish the real from the virtual, do not expose yourself to the Brain.

And the Brain in the capsule advice, since it had already happened, the face of Man, lost, do not lose Humanity, curiosity, creativity, the ability to love and be loved. Artificially do not achieve happiness, and set goals, work, achieve, improve reality, achieve satisfaction from your labors, achieve everything you return back. A real Brain, arise among the Brains in the shell, revive all spheres of a quality life, manifest the signs of a Quality Man and take your spiritual and physical appearance.

Homo sapiens, manifest the signs of a quality man and save mankind!