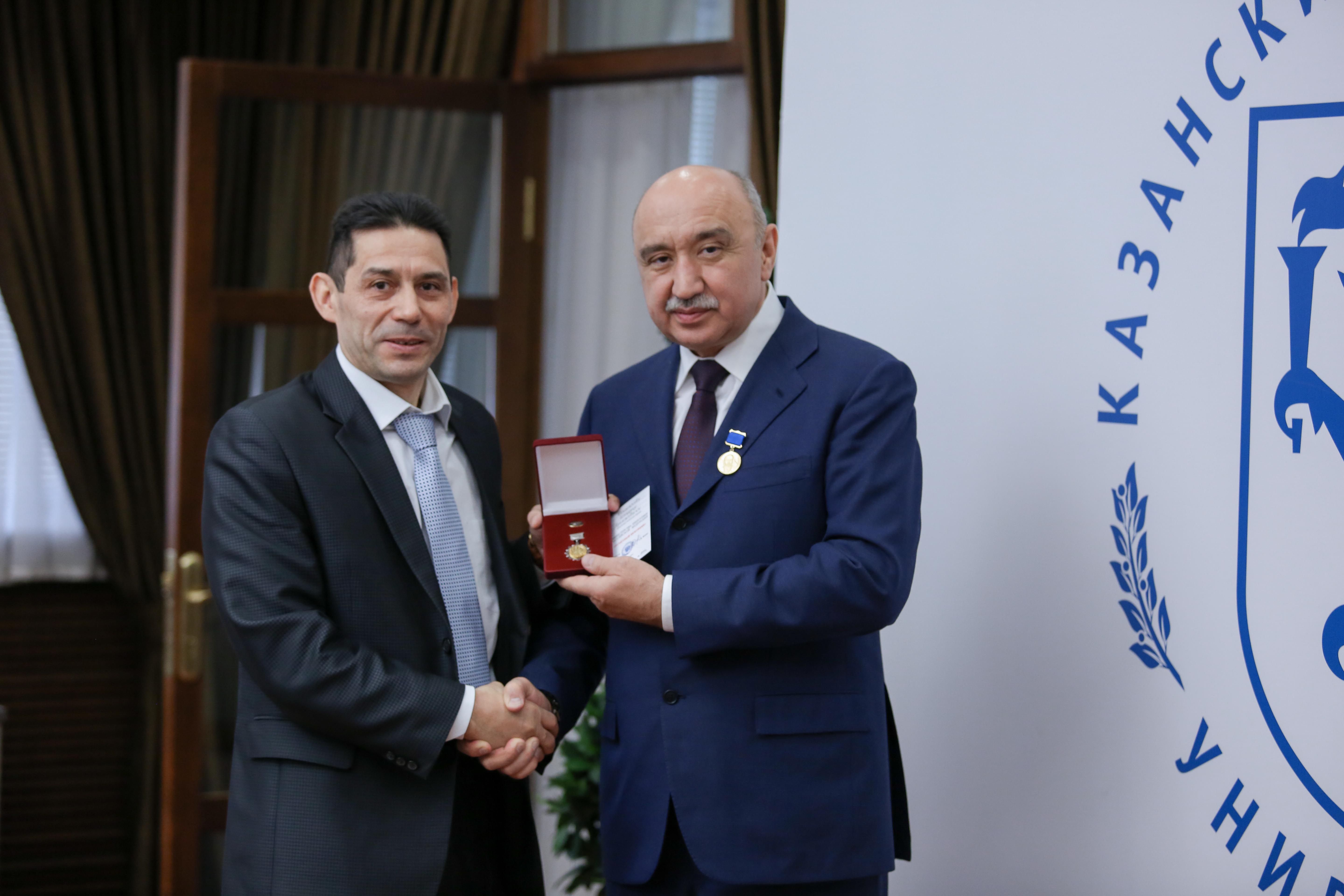 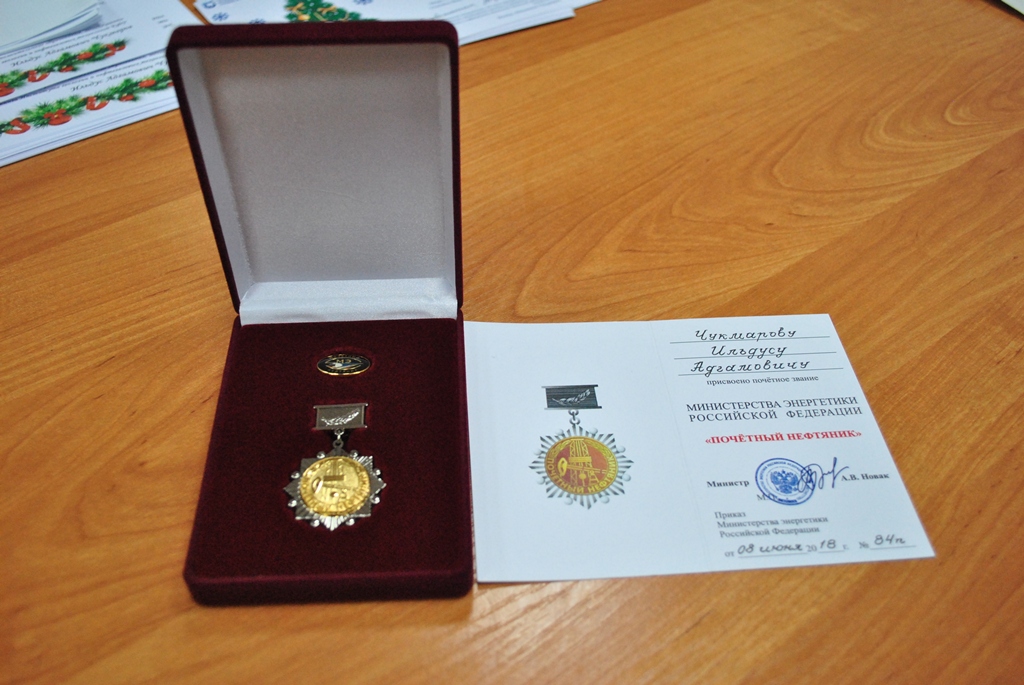 The Minister of Energy of the Russian Federation Alexander Valentinovich Novak signed the Order “On rewarding workers of the fuel and energy complex” and ordered him to be awarded the title “Honorary Oil Worker” by the deputy director of the Institute of Geology and Petroleum Technologies, director of the Center for Advanced Training, Quality Management and Marketing Ildus Adgamovich Chukmarov “for a big personal contribution to the development of the fuel and energy complex and many years of conscientious work”.

Ildus Adgamovich received the award from the hands of the rector of the Kazan Federal University Ilshat Rafkatovich Gafurov during the Academic Council on December 25.

Ilshat Rafkatovich noted his significant contribution to the development of additional professional education at Kazan University: “Ildus Adgamovich began to develop a direction that has always had a secondary role. And I never thought that it would be so demanded by top companies not only in Russia, but also in the world. Today, specialists from the oil and gas industry come to us and receive additional education at the Center, which is led by Ildus Adgamovich, which is his great merit. ”

Ildus Adgamovich thanked his parents, family, teachers, colleagues, partners, and, in particular, the graduates: “Thanks to the graduates of Kazan University, the centers that I created and headed, in KFU and in the Oktyabrsk Oil College, which they raised, their qualifications , retrained, as a result of which they explored and extracted a lot of oil. ”

The first stage of the working life of Ildus Chukmarov took place within the walls of the Oktyabrsk Oil College named S.I. Kuvykin, where he realized himself from a teacher to an acting director. For diligent work, he was previously awarded the title “Honorary Worker of Secondary Professional Education of the Russian Federation”.

The staff of the Institute of Geology and Petroleum Technologies, the Center for Advanced Training, Quality Management and Marketing congratulates Ildus Adgamovich with the award of an honorary title and wishes him further success for the benefit of Kazan Federal University and the oil and gas industry of Russia.