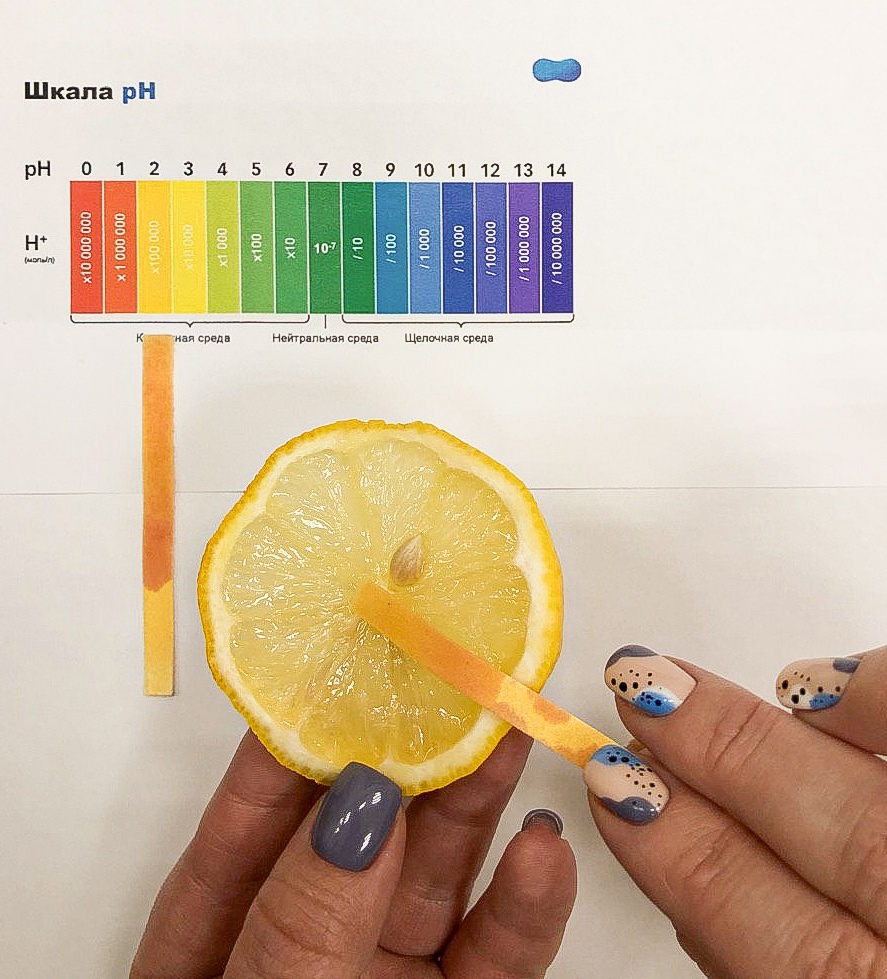 «Perseverance is better than stubbornness»

Hospital ward. Having regained consciousness for the second time, the Man called for help. He vomited, blew with blood, but suddenly a painfully familiar native face reassured him with one glance. Kind, sweet and persistent wife, she is next again. Insert the needle and stretch the right leg. Dark.

The shore of a cold mountain river, around the jungle, fresh air, bright smells – a feeling of absolute reality, everything is clear, everything is in detail, and you can see from all angles, the details are combined into a single picture. This is an unusual state when everything is visible, from all angles, you hear, feel, smell, every detail individually and in one whole. You are in a specific place and at the same time everywhere. You are no longer a separate unit, you are a part, and you are inside this harmony. Around him stood elephants, monkeys, antelopes, birds flew, and everyone looked at him…

He’s back in the room. «Darling, I seem to have been to India. Listen, but I’m in the ward. Everything was much more realistic there than here. But I clearly know that I and my body are here in the ward».

The man again failed and returned to the jungle. Two very bamboo cages floated along a very clean mountain river, in which two tigers floundered, animals on the shore looked at him. Then he said: «Grab the cages, pull these tigers ashore». Elephants immediately completed this assignment. The cages were broken, wet tigers trembled on the banks of the cold river, just like all the animals, they looked at him. «What are you worth? Run upstairs to the light». The animals ran amicably up the hill, at that moment he again returned to the ward.

Just managed to tell his wife how he again went into some unusual space. This time the fate of thousands of people ran before him. Everything is clear, detailed, parallel and sequential, one life after another. A series of short films collected in the almanac «Life». The brain could no longer endure such a stream and volume of information. The man periodically returned to the ward and told his wife about films from the reality that he had become a traveler in. He saw both strangers and his loved ones. This continued until the morning, until the doctor arrived, all this time taking him out of a state of shock, it turns out, several days have already passed. So subjective reality periodically replaced reality.

The man regained consciousness and asked the doctor: «Please report damage and forecasts. When will I go to work? I want to live and work». Now he was clearly aware of what had happened to him, and wanted to know what was next. The doctor smiled and said: «Not soon, serious injuries, not earlier than a year. The first task is to survive, and then you will learn to walk and live. You’ve been very lucky already, you could have stayed there, you might not have finished it!».

The human brain is a material object, but consciousness? The fact is that under certain conditions a person loses consciousness, or a changed consciousness replaces reality – objective reality. A person sometimes does not see the difference, what’s in his head is reality for him. However, this does not mean that the world is what it is seen by a person in these conditions. Others see it differently, but at the same time there is a material world, which is the same for everyone in a normal state.

How do dictionaries define consciousness? Consciousness is the highest form of reflection of reality that characterizes a person’s spiritual activity. Understanding the essence of C. is determined by solving the fundamental question of philosophy: in contrast to idealism and dualism, for whose representatives C. is a special spiritual substance, dialectical materialism considers C. as a property of highly organized matter, a product of its development. C. is inseparable from the human psyche, its social activity. In clinical medicine, the term «consciousness» is used, as a rule, in a narrower sense – to denote the normal state of higher nervous activity of a person (adequate perception and understanding of the environment, the ability to think actively, speech contacts, and appropriate arbitrary behavioral acts). It is in this meaning that the word «consciousness» appears in formulations such as «impaired consciousness», «clear consciousness», «and sick unconscious».

In contrast to objective reality, C. is subjective reality, i.e. the reality of the inner world of personality – sensory images, thoughts, wills. From the standpoint of vulgar materialism, C. is considered as a kind of material processes (the brain releases thought as the liver bile). A similar interpretation of C. leads, however, to simplified concepts, reducing C. to chemical or neurophysiological processes in the brain, to reflexes, and behavioral acts.

The substitution of definitions and interpretations of words that uniquely determine objective reality leads to a change in consciousness. People lose value orientations, misunderstand everything, even the commandments of their religions, their gender, good and evil, living and nonliving, white and black. You must not confuse good and evil, erase the borders of black and white, preach total tolerance.

The fifth sign of a Homo Qualitativus is the ability to realize that Truth, objective reality is one, and not everyone has their own. For example, in order to live, all people equally need to drink, eat and breathe, it is a fact. Everything else is from the evil one. White cannot be called black, but gradations of color, the shades between them do not change anything, this is only the degree to which we are close to white or black, light or dark. Objectively and by definition, stubbornness is worse than perseverance and perseverance. Perseverance is better than stubbornness. This quote, by the author, is provocative and is an indicator of people’s attitudes to human qualities, either it is a good or a bad quality. So the essence of stubbornness was thought at all times, all religions and peoples tried to understand the nature of this quality and agreed.

In a hadith from Imam Ali said: «Avoid censured and baseless stubbornness, because it leads to war». In one of his letters, Imam Ali says: «The mind of a person who will show unreasonable obstinacy will turn over and will continue to do so. Allah will close his heart, and his troubles and misfortunes will overtake».  Another hadith from the same Imam says: «Verily, the best character is a character that is far from stubbornness». Imam Sadik instructed Muslims: «Six qualities have nothing to do with a true believer – excessive rigor, ingratitude, stubbornness, envy, injustice and deception».

The Buddhist public figure Buddhādasa Bhikkhu argued about obstinacy like this: «Once having accepted certain ideas about something, later, we naturally no longer want to agree that we were mistaken. Even if sometimes we see that we are wrong, we simply refuse to admit it. Stubbornness of this kind should be considered the main obstacle to progress. It makes us incapable of changing for the better, incapable of changing false religious beliefs and other established opinions».

Greatest minds defined this quality, relating it to the lower categories. So, Voltaire said: «Firmness is the application of the courage of the mind; it involves enlightened determination. Stubbornness, in contrast, involves blinding». Georg Hegel noted the following: «If the will clings only to trifles, only to something meaningless, then it becomes stubbornness. This last has only a form of character, but not its content. In stubbornness – this parody of character – a person’s individuality becomes repulsive, stubbornness hinders his communication with others».

Russian poet Vasily Zhukovsky also noted that: «Stubbornness is weakness, which has the form of strength; it comes from an imbalance in the union of the will with the mind».

As for the definition of perseverance, even in this matter the great give a unanimous answer, referring it to the highest categories. The genius of Leonardo da Vinci spoke of perseverance: «Any obstacle is overcome by perseverance». The famous French writer Francois de La Rochefoucauld defined both concepts, contrasting one another: «Stubbornness is born of the limitations of our mind: we are reluctant to believe what goes beyond our horizons. Stubbornness is the result of stupidity, ignorance and self-confidence»; «There are few unattainable things in the world: if we had more perseverance, we could find a way to almost any goal».

An indisputable fact is that today they are trying to re-orient value orientations, fascism is reanimating, and deviations are becoming the norm. It is extremely important to have the same understanding of terms and definitions so that people speak the same language of universal values, which should distinguish us from other species of the animal world. A reasonable person, as a rule, justifies any of his behavior from the point of view of his own interests, for him stubbornness is better than perseverance, with such small substitutions of concepts, we are not going to change the mind for the better. For example, fascism and genocide cannot be justified; it is an evil and it must be determined and evaluated accordingly. The change of points of view, as many today talk about, does not change the essence.

What is a piece of paper? On the one hand – a line, on the other – a plane, only this was and is a sheet of paper. However, what is written or depicted on it or the composition and color of the paper, its density is another criterion for evaluation. So a strip of paper saturated with litmus is an indicator of acidity, it turns red when the medium is acidic, and blue when alkaline, and for neutral solutions and clean water pH = 7. Gradation of the color of litmus paper on a scale from 1 to 14 pH, depending on whether pH = 7 is lower or higher, the degree of compliance of the medium is determined, acidic below, alkaline above. The name of the chemical preparation «litmus paper», which is used in chemistry for all types of indicator papers, has become a household name in the Russian language when describing significant phenomena and events.

It is important to learn to see and understand objective reality. Man, do not let yourself be deceived by the sellers of happiness, services and products, politicians, false prophets, sectarians, extremists and swindlers! Do not lose your common sense, always ask questions and critically assess the situation, rely on facts and look at things and events from different angles, this will provide a complete picture of reality, and not just justify your actions. Then it is possible to make the right choice and act adequately to objective reality.